Surprising Way That Bottled Water Could be Good for the Environment

Looks like the International Bottled Water Association is going to get the chance to say “I told you so!” to some folks. A new study entitled, “The Unintended Consequences of Changes in Beverage Options and the Removal of Bottled Water on a University Campus”, has been published, and the results are not good, especially for healthy lifestyle supporters (but will make a lot of since to those looking to start a healthy vending machine career).


Bottle water was banned from being sold on the University of Vermont campus in an effort to encourage students and faculty to drink water from reusable bottles. This is a great idea…in theory. The problem came when it caused a rise in the consumption of unhealthy, sugary drinks (so no decrease in plastic waste either).
According to the study, after the ban, consumption of sugary drinks rose by 25% and the amount of plastic bottle waste rose by 8.5%. So, not exactly the results the school was hoping for. The main problem? Turns out, when water isn’t in the vending machine, people don’t look for a water fountain (or remember to start bringing their own bottle), they just pick out a different drink that is for sale at the machine. The school had even made the additional effort of changing water fountains so that they were easier to use for refilling a bottle, handing out reusable bottles at events, and an awareness campaign.
The International Bottled Water Associate had suspected this would happen before the ban went into effect. No word yet on what the school will be doing going forward, and if any other schools have plans to give it a try. This is a prime example of vending and snack customers using their wallets to voice their opinions about what they want to see in their vending machines.
You can read more here.
Thinking of starting a vending machine business and want to know even more about the vending industry? Contact us today! 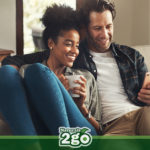